Your location: Home > Natural Wellbeing Blog > 10 Superfoods You Have To Eat

10 Superfoods You Have To Eat

Humans have long been searching for the food of the gods. Ambrosia and nectar might be a little far-fetched, but some of the most potent, nutrient-rich superfoods can be found right here on Earth!

Everyone knows that an apple a day keeps the doctor away. Well, at least the saying is that eating fresh fruits (and veggies) daily promotes over-all health. It's practically impossible to overdose on the vitamins available in an apple (unless you eat 2 bags of them). The body releases extra nutrients that it can't store, through its waste. 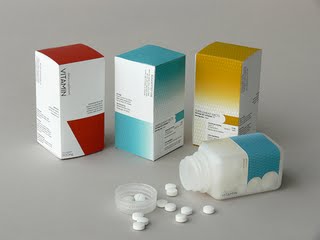 It's so easy and convenient to pop a pill, especially when you don't have the time to prepare a meal. Most of us think nothing of taking a multi-vitamin daily, while some of us hit the bottles hard - taking up to dozens of single ingredients at a time!

Think about it: with vitamin-fortified orange juice and milk, protein shakes and energy bars readily available, chances are most people are getting too much of their ABC's after a day's worth of eating.

Chances are, if you're like 64% of all Americans you're supplementing your diet with a capsule or tincture - and quite possibly overdoing it. It's important that you know your daily requirements, and that you don't go above them.

Eat Your Way To Health!

Thanks to a robust global economy, most of us have access to fresh, health-promoting foods in their raw state. Eating wholesome foods in their living state has never been easier!

Superfoods make the news often, with a hot heavy-hitter promoted almost every season. After making the rounds, some superfoods are, well, more super than others. Here's our roundup! 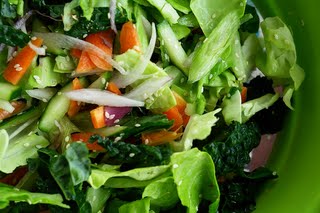 Top 10 Super Foods You Have To Eat

1. Turmeric - Turmeric has a long history as a powerful anti-inflammatory in both traditional Chinese and Indian systems of medicine. Its original use was in dying textiles and curry a bright orangey-yellow, thanks to the compound curcumin. And it's this agent that gives Turmeric pharmaceutical strength, similar to over-the-counter cortisone.

2. Gotu Kola -A Chinese folk-story tells of a legendary herbal master, who is said to have lived a healthy life for over 200 years by taking the Gotu-Kola leaves. He attributed the herb to help him maintain a calm state of mind - in his opinion, the most important longevity factor. When it comes to Gotu-Kola, the saying in Asia goes: "Two leaves a day, keeps old age away"! Used by Chinese and Indian herbal doctors for thousands of years, Gotu-Kola is a remedy that is still used today.

3. Goji Berries -Also called Wolf Berries, these small but potent fruits grow native in China, the Himalayas, and Tibet. Their medicinal use dates back for thousands of years, and they are rich in antioxidants, particularly carotenoids such as beta-carotene and zeaxanthin.

4. Inca Berries - Native to Peru, these B-packed berries are anti-inflammatory, antioxidant and antiviral. Known to contain B-12 (rare among plant species), these little berries are super immune boosters.

5. Raw Honey - Honey has been used for centuries in traditional medicine - from ancient Greece and Egypt to China. Incredibly healing, honey can speed the of wounds, kill bacteria, and combat acne. Raw honey is more powerful than most commercial honey since it contains amylase, an enzyme concentrated in flower pollen which helps predigest starchy foods.

6. Maca -The latest happy food to hit the market, Maca is a plant root, with origins high in the Andes mountains. It has been used for centuries since the Inca, mostly to increase energy, sex drive, and stamina (its effects have been compared to Viagra!). Unlike many stimulants, though, it has no caffeine and therefore no buzz. Its nutritional content has been found to stimulate adrenal function, regulate the hypothalamus-pituitary gland, and balance female and male hormones.

7. Raw Chocolate -By now, everyone knows the health benefits of eating dark chocolate: it's packed with antioxidants and polyphenols. Un-heated cacao - aka raw chocolate - contains over 300 nutritional compounds, even more than its cooked counterpart.

8. Spirulina -Spirulina is considered a "superfood" or a balanced whole food because it provides a good source of protein, vitamins, minerals, trace elements, enzymes, amino acids, beta carotene, gamma-linolenic acid, and chlorophyll. Spirulina is especially rich in the basic components of human nutrition, including protein amino acids and Vitamin B12. Spirulina has more iron than beef, balances blood sugar levels and PH, and helps our body naturally detoxify. It has been a superfood source since ancient times, reportedly used by the Aztecs.

9. Yogurt -A dairy product produced by the fermentation of milk, yogurt is rich in probiotic healthy bacteria. This "friendly" bacteria keeps unhealthy bacteria from entering into our bodies through our guts, helping us stay healthy. For immune boosting, yogurt is a must on this list.

Instead of supporting your diet with manufactured supplements, try taking a few of these superfoods every day. By eating these foods, you'll reap the nutrients available in them!