How Music Can Affect Your Memory

Children learn to memorize things by creating catchy tunes, and you might be surprised to find that you can recall all the lyrics to a once-favorite song from years ago. Throughout our everyday lives, we consistently discover things that point to a connection between music and memory.

As it turns out, there’s a scientific explanation behind this link. Music has been shown to improve cognitive function and memory in people young and old, and it even has some profound effects on seniors with dementia. Although experts haven’t discovered all the answers yet, a growing body of research indicates that we have the power to harness music for our own cognitive benefit.

Music and your brain

Music can have a lot of effects on your body that you probably don’t think about. It’s been shown to reduce stress and anxiety, improve blood vessel function and help you sleep. But more recent research has also illuminated that music might be key in improving cognitive performance and memory.

Music appears to activate parts of the brain linked to memory, speech, emotions and rewards. This covers a lot of territory within the brain and even helps link our left brain and right brain! Whether you’re listening to and processing music and lyrics or producing music by singing or playing an instrument, your neurons are firing, and connections are being made between multiple brain segments at one time. All this activity in the brain is believed to result in improved cognition.

It’s also believed that music has the power to help us recall memories and form new ones. Studies have shown that listening to enjoyable or familiar music produces activity in the medial pre-frontal cortex, which is the same area of the brain that helps us retrieve long-term memories. This area of the brain might act as a hub that ties together the music, memory and feelings, which is why you might feel overwhelmed with emotion when listening to a song that was important to you a long time ago.

Children who study music or partake in musical activities have been shown to display better verbal memory, reading ability and executive functions. This can carry on into adulthood, with musically trained adults performing better on memory tests.

However, you don’t need to be trained in music to enjoy its cognitive benefits. Research has shown that information put to music is much easier to remember. This is why memorization songs are taught to children (many of which we can still remember in our adulthood!) and why it’s easy to recall song lyrics, even if you haven’t heard the song in a very long time.

In a similar vein, experts believe that studying while listening to music may improve memory of the material. It’s best to listen to calming instrumental or classical music for this, since lyrics can be distracting and actually impair focus. Part of the reason for this may actually be stress-related, since classical musical can be calming and make it easier for you to commit things to memory.

Experts aren’t sure about exactly why music appears to bolster cognitive strength and memory. It may be linked to the widespread brain activity occurring while listening to music, or that this activity “warms up” brain cells and makes it easier to form connections within the brain. More research is necessary to get to the bottom of this link. 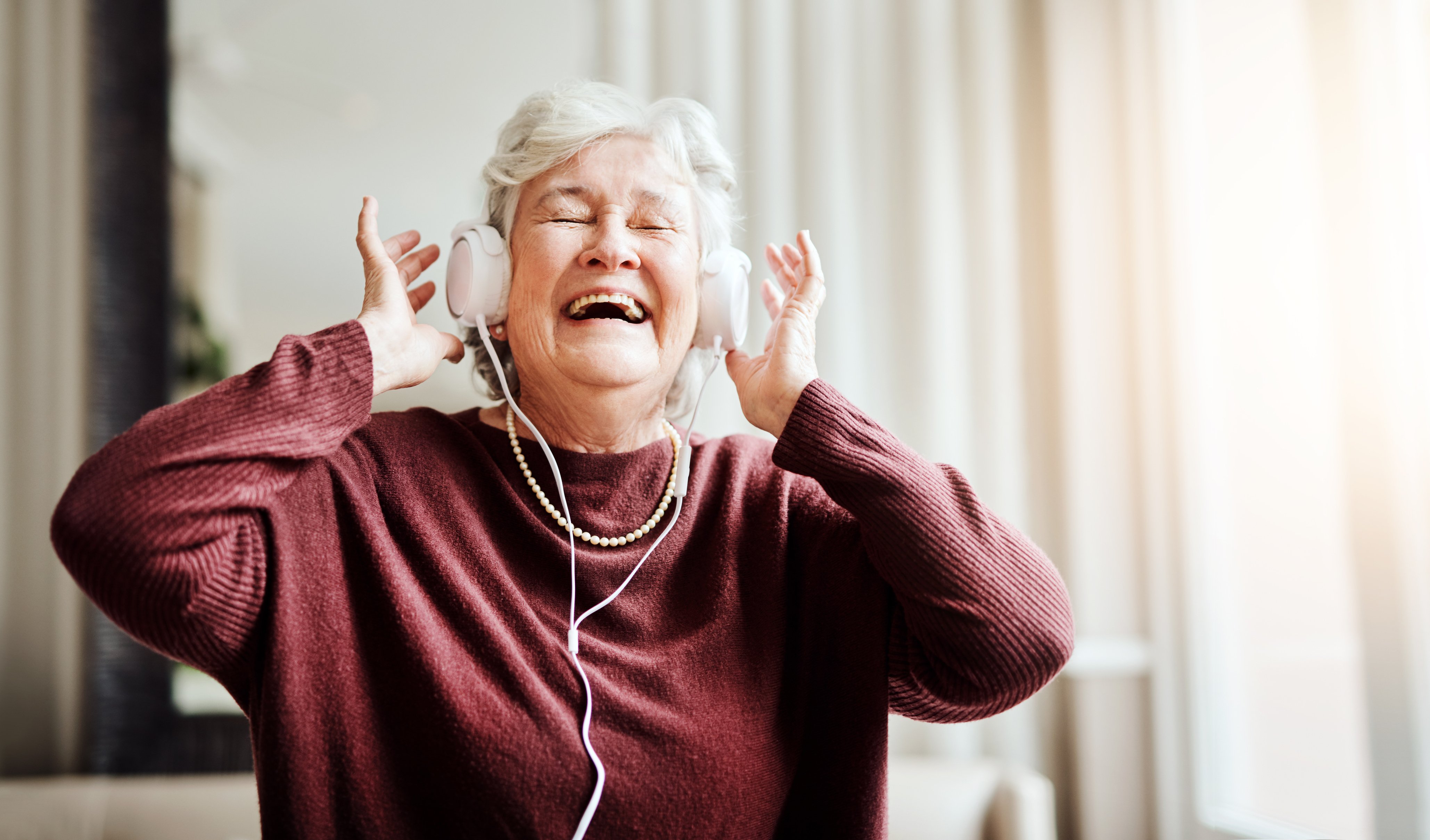 Because of this, music has played an increasingly interesting role in memory therapy for Alzheimer’s patients. People with dementia—even those who are incapable of everyday speech—have been known to begin singing and displaying powerful emotions when they hear a song linked to an important memory in their lives.

Music therapy is now being employed for Alzheimer’s and dementia patients with positive results. Aside from improving memory, music has been shown to improve patients’ mood, reduce agitation and facilitate speech and motor skills. This type of therapy has been useful in improving patient quality of life and social interactions between family members.

Harnessing the power of music

Now that you know that music activates many areas of your brain and may help improve cognitive function and memory, take advantage of it in your day-to-day life!

Try listening to classical music if you’re studying or doing something you want to remember and see if you notice a difference in your memory or concentration. It may help to switch to music you really enjoy if it’s not too distracting.

By tapping into your musical side, you just might give your brain an extra boost and keep your memory strong as you age.