The 6 Best Games for Improving Your Memory

Everyone forgets things from time to time, although that’s hard to keep in mind when you’re standing in the grocery aisle, frustrated over forgetting that one essential ingredient! If you’re stressed, busy, or otherwise preoccupied, you may be more likely to have a memory lapse. However, if you’d like to improve your memory and focus, there is a way to practice: brain training games and apps!

Many people worry about genetic predisposition to memory loss and dementia. The risk might be less than you’d think, but it’s still beneficial to give some consideration to mental training, nevertheless. Completing just 15 minutes of varied brain training activities five days a week over time, has been shown to offer potential improvement in cognitive performance.

Can brain training, card games and apps mitigate memory impairment due to aging? Although some studies have shown mixed results, many others have reported positive findings with regards to brain training for processing speed and short-term memory. Ultimately, there’s a lot that even neuroscientists can’t explain when it comes to how our brains work, so we may as well have fun with mentally beneficial games! It’s good practice to be proactive and strategic about protecting your cognitive health, especially when it comes to aging-related concerns.

Whether you’re looking for a game on your phone that you can squeeze in between meetings, a tabletop option, or a Sunday morning activity, there are many options for brain-training games. One added benefit of multi-player games is that participating in play activities with loved ones can also foster bonding, bolster emotional bonds, and improve teamwork skills. (Not to mention, laughter is the best medicine!)

For some people, memory games require unbroken concentration and are easier to focus on alone. While there are app versions of the below options, they’re also widely available in an analog format - good old fashioned paper and pencil!

A numbers puzzle game, Sudoku can be played at varying levels of challenge. Despite using numbers, Sudoku isn’t a mathematics-based puzzle game - but it does require logic and planning to win. Some research shows that there may be benefits to a puzzling habit, although there are varying opinions on whether increased cognitive abilities are causational or correlational.

Many of us are familiar with the Sunday paper crossword or have completed crossword puzzles at some point during our life. But is a crossword habit actually good for your memory? Some researchers feel that those who like doing crossword puzzles may already have the skill and cognitive abilities to complete them - therefore, not breaking new ground. However, increasing the difficulty level to create a higher challenge shows promise for expanding puzzling ability, as well as the memory, word-finding, and strategy skills that go along with it! 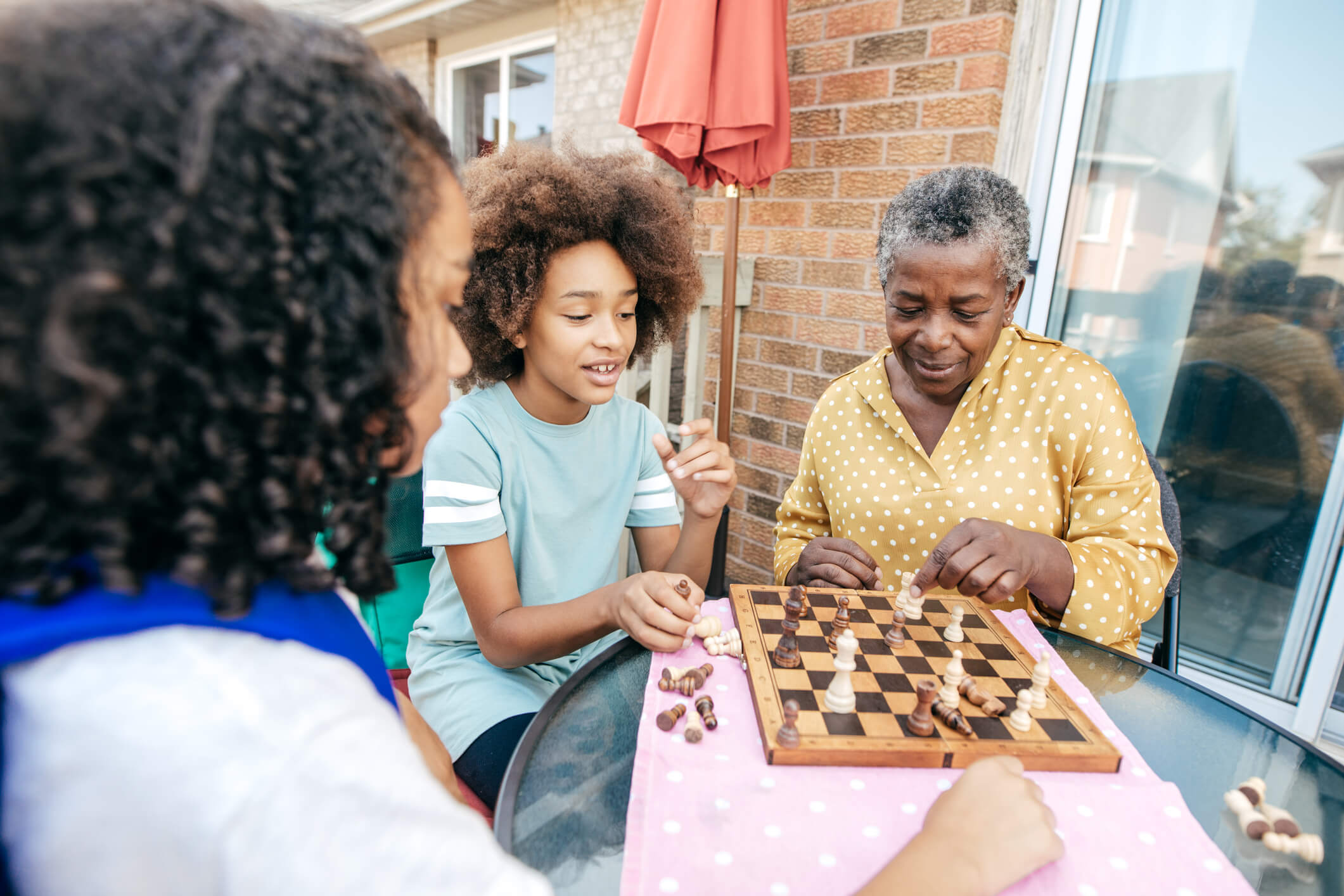 Technology, especially the ubiquitous smartphone, is often cited as one of the causes of disruptions in focus and concentration, especially in children. That being said, the therapeutic and skill-developing potential of technology is boundless! Many people also find brain training via technological systems to be more convenient and/or more engrossing.

A popular contemporary option, apps such as Lumosity or Elevate can be easily downloaded and carried around for a quick game session on-the-go. They have been advertised to increase brain power, which may not check out through peer-reviewed research. While one study does claim that brain training through the Lumosity app provides cognitive benefits, and others show improvements in executive function, memory, and processing speed, other researchers believe that from a consumer perspective, the apps aren’t as effective as they are touted to be.

Because the objective of improved cognitive and memory function is difficult to quantify, especially in short-term studies, the reality may be somewhere in the middle: brain training games won’t raise your IQ, but they may provide a unique and effective way to hone mental skills.

A very broad category, video games can be played on a wide variety of platforms: PC or personal computer, gaming systems, and handheld games. Preferences and ability for these systems is highly personal and may depend on experience and comfort with different technologies.

As for which games benefit your brain and memory, strategy-based games that require the player to think critically, remember details, and plan ahead may be the most effective. Video game versions of board games like Settlers of Catan are a good option, and one six-month study on seniors playing Super Mario 64 showed an increase in gray matter. There is even some evidence that 3D video gaming may support increased memory capacity.

This classic two-player game tops many lists of mentally stimulating activities. Requiring forethought, strategy, and planning to beat a skilled opponent, there is some evidence that stimulating habits like playing chess correlate to higher cognitive function in later years. If you play with a romantic partner or choose to build a new habit together, chess can also provide a great opportunity for a closer bond.

A newer board game that won “Best Game” awards upon its release, Azul is recommended for up to 4 players of ages 8 and up, so it’s a great option for a game night with older kids. Winning Azul requires strategy, reasoning, and maybe a dash of cunning to beat your opponents, so not only does it help you sharpen your mind, but it’s also an entertaining social activity to play with friends and family.

Honorable mentions for memory games include classic card games like poker or Uno, and the many newer unique board games for adults. Doubling up your memory practice alongside bonding time with loved ones can be fun and rewarding. By participating in family brain-training games with children you may be helping them develop essential skills such as focus, concentration, and memory.

It’s also essential to maintain lifestyle habits that benefit your brain, such as regular physical activity, a healthy diet, and adequate sleep. You may wish to consider cognitive and memory support through your supplement regime: a supplement formulated to benefit memory with adaptogenic and nootropic herbs and mushrooms is a good choice to amplify the impact of your other brain-healthy habits.