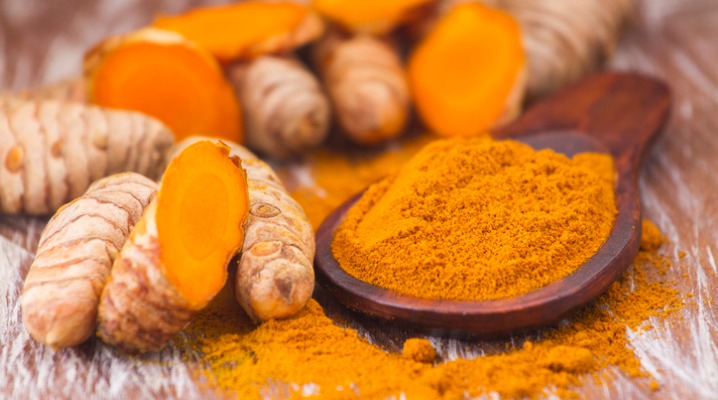 The Healing Power of Turmeric

If you are a fan of Indian cuisine, you’re probably familiar with a spice called turmeric and the sharp flavor it can add to a dish. But did you know that turmeric has many more benefits than simply being a tasty ingredient?

Turmeric has been used for years as a staple in Ayurvedic medicine because it is believed to have powerful medicinal qualities. When taken as a health supplement, turmeric may help improve numerous aspects of your health.

Turmeric is a golden-colored root in the same family as ginger. It is most well-known for its inclusion in culinary dishes and can be found in powdered and whole root form in the supermarket.

Although turmeric is most often considered a spice, it can also be a powerful health supplement, aiding a variety of bodily systems. The root contains a variety of nutrients, including protein, fiber and carbohydrates, as well as manganese, iron and potassium.

Turmeric also contains other compounds called curcuminoids that work together to provide health benefits. One of the reasons it is so special is due to its active ingredient, curcumin.

Curcumin is a fantastic antioxidant and anti-inflammatory compound. Because the curcumin content in turmeric is relatively low, you can now find curcumin supplements on their own, extracted from turmeric. Experts believe taking these supplements may provide heightened benefits due to the curcumin concentration.

However, other experts believe that curcumin works in tandem with turmeric’s other compounds, potentially providing additional benefits.

How turmeric could change your health for the better

Turmeric has been found in many studies to have positive effects for the brain and body. Curcumin, as well as turmeric’s other curcuminoids, may have powerful benefits for the following ailments:

Implementing turmeric into your daily life

If you want to give the healing power of turmeric a try, there are many ways to get more of it in your daily diet. Brewing turmeric tea and adding turmeric spice into your food or smoothies are easy ways to increase the quantity of turmeric you’re ingesting.

However, remember that the concentration of turmeric’s active ingredient, curcumin, in turmeric powder is relatively low, so adding a mere tablespoon of turmeric to your food each day is unlikely to make drastic changes in your health. If you want to harness more of the power of curcumin, you may want to consider taking a specialized curcumin supplement.

When adding a supplement to your routine, make sure you speak with your healthcare provider to ensure you won’t suffer from any major side effects or drug interactions.

Although more research is needed to prove the long-lasting health benefits of turmeric in humans, the research thus far does indicate that turmeric and curcumin may have widespread health effects.